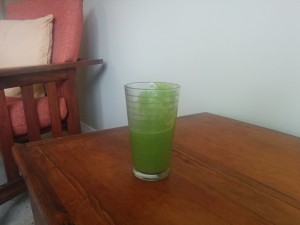 In preparation for my previous blog (YOU DO NOT HAVE TO FIRE NEGATIVE FRIENDS) I looked around on the Internet for quotes.  I landed on one of my favourite sites www.businessballs.com where they listed an entertaining elaboration on the theme of whether a glass is half full or half empty.  I enjoyed them so much that I offer a selection for your amusement – copied directly from Businessballs, in the hopes that my readers can add to the discussion there.

is the glass half full or half empty?..

This collection continues to grow. If you can extend the debate as to whether the glass is half-full, half-empty, in some other state, or in a different space/time continuum altogether, please send me your contribution. The world needs to know.

Recent additions and names of all contributors appear last. So this collection shows the oldest first and the newest last.

The project manager says the glass is twice as big as it needs to be.

The realist says the glass contains half the required amount of liquid for it to overflow.

And the cynic… wonders who drank the other half.

The school teacher says it’s not about whether the glass is half empty or half full, it’s whether there is something in the glass at all.

The ground-down mother of a persistently demanding five-year-old says sweetheart it’s whatever you want it to be, just please let mummy have five minutes peace and quiet.

The homebuilder sees the dirty glass, washes and dries it, then puts it away in a custom oak and etched glass cabinet that he built himself using only hand tools.

The worrier frets that the remaining half will evaporate by next morning.

The entrepreneur sees the glass as undervalued by half its potential.

The computer specialist says that next year the glass capacity will double, be half the price, but cost you 50% more for me to give you the answer.

The first engineer says the glass is over-designed for the quantity of water.

The computer programmer says the glass is full-empty.

The logician says that where the glass is in process of being filled then it is half full; where it is in the process of being emptied then it is half empty; and where its status in terms of being filled or emptied is unknown then the glass is one in which a boundary between liquid and gas lies exactly midway between the inside bottom and the upper rim, assuming that the glass has parallel sides and rests on a level surface, and where it does not then the liquid/gas boundary lies exactly midway between the upper and lower equal halves of the available total volume of said glass.

The personal coach knows that the glass goes from full to empty depending on the circumstances, and reminds the drinker that he can always fill the glass when he wishes.

The grammarian says that while the terms half-full and half-empty are colloquially acceptable the glass can technically be neither since both full and empty are absolute states and therefore are incapable of being halved or modified in any way.

The contrarian says: When everyone sees the glass half-empty, I see it half-full, and vice versa.

The person who is no longer trapped in The Matrix (whatever one might call him/her) says: “There is no glass…”

The adolescent student says the glass is just another dirty trick played by the teacher to prove that students are dumb.

The co-dependent hurries to fill your glass, but not so completely that you would spill it and get upset. Because when you get upset…

Schrödinger’s cat doesn’t want anyone to observe the glass to begin with.

The banker says: “I see an opportunity! Let’s put a couple of options on the full half and leverage it until it’s too big to fail, then sell a tons of it… Heck! While we are at it, let’s do the same to the empty half and sell that too!”

The politician says that under the last government the glass was half-empty, and becoming emptier, but thanks to his own party’s new leadership, the glass is definitely now half-full, and becoming fuller; but if the other party were to return to power, the glass would once again undoubtedly empty rapidly.

The call-centre operator asks if you’d mind holding while she finds out for you. (Your call is important to them…)

The IT support person asks if you’ve tried emptying the glass and then refilling it.

Google would try to find out for you in under 0.48 seconds.

I'd appreciate you sharing this post with your networks.

email
Posted in Conflict and Conflict Resolution, Dancing in the moment, Get on with it, Lessons from Everyday LIfe, Optimism and tagged businessballs, empty, full, glass
← You Do Not Have to Fire Negative FriendsWhat does resilience really look like, anyway? → You are now at my blog that tells you more about me, Delphine du Toit, coach, mediator and process facilitator, based in Halifax, Nova Scotia. This is where I share my thoughts about work and related matters and where I hope you will add your thoughts and comments too.